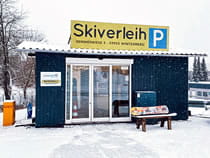 About the ski resort North Rhine-Westphalia

The German state of North Rhine-Westphalia is considered the state with the highest population density of all Germany. Cologne, Bonn and Düsseldorf, to name just some of the famous cities which are part of the state of North Rhine-Westphalia, are flagships for tradition, hard work and the beauty of Germany. In addition to the foregoing, the Sauerland region belongs to the state of North Rhine-Westphalia, which makes it one of the major ski resorts in the whole of Germany. The carousel Altastenberg for example impresses with its dreaded FIS race piste and the widely renowned Westfalen slope. Varied pistes in different levels of difficulty and numerous trails for lovers of the Nordic sports are available in the ski carousel Altastenberg. The ski lift carousel Winterberg is another highlight of the region North Rhine-Westphalia and is the largest contiguous ski arena north of the Main. Willingen, which is situated in the middle of the Sauerland, is the largest winter sports region of the area and has besides numerous slopes and lifts, an impressive network of trails for cross-country, several winter hiking trails and its own ice rink. The ski resort Postwiesen can boast with many hours of sunshine. In addition to top-groomed slopes and modern lifts there is also a funpark, a variety of floodlit slopes and a natural toboggan run available in the ski area. Other ski resorts such as Bödefeld, Medebach, Eschenberg-Niedersfeld, Bestwig-Wasserfall, Bad Laasphe, Züschen and Olpe-Fahlenscheid round off the attractive winter sports offer. The central Sauerland region can be reached from the Rhine, Main or Ruhr area within two hours by car or is accessible from Holland and Belgium in three hours by car. Even by plane or train you can easily reach the winter sports region Sauerland in a short period of time.