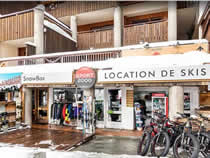 About the ski resort Montgenèvre

Ski hire Montgenèvre online - Montgenèvre is primarily an idyllic mountain village where the word tradition is still important. No less important, however, is the fact that Montgenèvre was the first ski resort, which has been created in the French Alps. In the meantime, Montgenèvre has blossomed into a modern and important winter sports resort, which with her beautiful chalets has not lost its character as an idyllic French mountain village. Because of her southern location, Montgenèvre guarantees many hours of sunshine and it owes its extensive amounts of snow to the east wind “Lombarde”. Situated not far from the Italian border, Montgenèvre also belongs to the ski area of Via Lattea. The Via Lattea has a total of 400 kilometers of slopes, making it one of the largest ski areas in the world. But why go far away, if beauty is close at hand? The ski resort of Montgenèvre has considerable 110 kilometers of slopes for all levels, which have something to offer for all skiers, snowboarders and freestylers. In addition to various blue, red and black marked slopes, the ski resort of Montgenèvre also has a wide range of nursery slopes for newcomers and returnees. Lovers of the Nordic sports will find a varied network of cross-country trails of more than 60 km in Val de la Clarée. Away from the slopes there are numerous other winter sports activities which will make your holiday unforgettable.

Tip - ski hire Montgenèvre
Using SNOWELL you can rent your skis and snowboards online in advance in Montgenèvre and save money at the same time. At the time of your arrival you can pick up your booked rental equipment directly at the co-operating ski hire shop directly in Montgenèvre. An extremely practical but also economical solution for your ski hire in Montgenèvre.